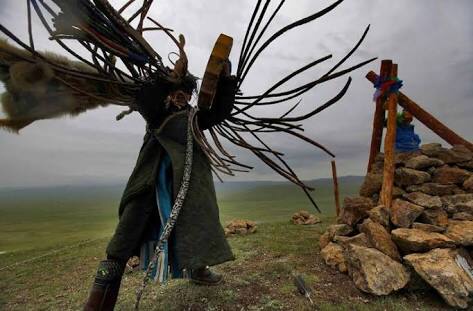 After the ceremony on the beach, Yggdrasil was definitely not as skewed.  She was still not quite right though.  The dogs were still terrified of her and her skin was not so taut as I expected.  And so she sat on my dresser – loved, but not fulfilling what Spirit had led me to expect.  Something was STILL missing.

But things have a way of working out.

During my first year of spiritual journeying I have met many teachers.  Some have come into my world, shown me what was needed and departed.  Some have stuck around.  One of these latter is a beautiful lady, Sunder.  Sunder is in her 70’s but looks and acts as if she is in her 50’s!  She has an amazing energy and introduces herself as “I don’t do fluff.  I teach in the traditional way.  The old ways, the way I was taught.”  She has studied for over 50 years – in Australia with the Aboriginal people, in India, in Peru and with Native Americans.  She has lived each of these cultures and holds 3 medicine bags.  She is Shaman.  She is Grandmother Sunder.

I took Yggdrasil to her on a three day retreat.  There, amidst much Ceremony Yggdrasil finally received the traditional birthing welcome with respect, intention, prayers, corn, tobacco, ……. And sleeping with me in my bed!  I learned about my drum.  And she sang in the most powerful of Ceremonies where we were visited by the Ancestors, the Elders, Thunder, Spirit.  The world was washed and re-born – and so were we.

And despite this, Yggdrasil was STILL not quite ‘right’  I couldn’t put my finger on it and after talking with Sunder I decided that I had done everything I could, and maybe Yggdrasil wasn’t meant to stay with me.  Maybe she needed to move to a different person.  And so I finally, after a few weeks delibration, decided to give to Sunder to find a new home for her.

On the day before I was to deliver her to Sunder I decided to play her one more time.  I took her out into the sunshine, tapped gently on her skin with the beater ……… and the lacing snapped!

And suddenly I knew what was wrong.  I am so dense at times!  The lacing was man-made.  It needed to be natural.  And when she had been originally birthed, we had drummed the day after making when the skin needs about a week to fully dry before playing.  She couldn’t sing properly because she wasn’t made properly!  Insufficient respect been given to the animal and plant kingdoms been given  at her original birthing, but had been rectified at my private Ceremony (Part 2); insufficient respect had been given to the Spirit world but had been rectified at Sunder’s Retreat but she had been made with incorrect materials.  Heck, the beater was made from the innards of a stuffed toy!

Only one thing left to do.  Remake her correctly.  And so started a couple of months of research and preparation.  I bought natural roo lacing, a leather hole punch and remade the beater with bamboo fabric and on Christmas Eve I took a pair of scissors to Yggdrasil’s artificial lacing and cut her skin free of the hoop and put it to soak overnight.

The next day I re-cut the skin, re-punched it and re-laced it to the hoop, all the while giving prayers, respect, gratitude and setting the intention of the drum.  I laced her in such a way as to represent the four seasons, or four directions, or four elements.  Each season has three branches equalling the 12 months of the year.  And I left her to dry for 7 days.

On the first day of 2016, I played her.  Her skin has changed.  The dragon at the base of the tree has become more pronounced, the tree less so.  The deer, the tipi and other animals have disappeared and there has appeared a dark shading with lots of ‘streamers’ which I didn’t understand until later that day.  On Facebook I saw a photo of a Mongolian Shaman dancing with his drum.  His costume has a lot of streamers and the darkness on my drum is a silhouette of this Shaman.  I find this just a little mind-blowing as over the past few months I have been drawn towards discovering more about this culture.

And Yggdrasil…….. she SANG!

And the dogs are no longer terrified of her.

Flip the Fear, Find your Bling View all posts by Auri'An

Please feel free to share my posts, but I ask that you share each post in its entirety – don’t just pull out bits and pieces!  I also ask that you give respect to myself as the author and provide a link to this site.
With the memes and other stuff – go for your life!  You can freely copy and share these, but again, please do not remove my name tag at the bottom on the picture.

Join our community and have these meanderings delivered straight to your email.

A Krone is a wise woman.  Am I wise?  Read on and decide for yourself!

I live in Far North Queensland – land of crocodiles, stingers, cassowaries, snakes, spiders, cyclones and lots of other things that try to kill the unwary, but despite all this, it is a beautiful country I am honoured to call home.

I have many ‘titles’ – Holistic Counsellor, Meditation Therapist and Teacher, Reiki Practitioner, EFT Tapping Master Practitioner, Energy worker and more, but mainly I am here to learn to be the best ‘me’ I can be.

Until illness and injury forced me to slow down, the physical aspect of my life was up front and forward.  During my times of recovery, the spiritual aspect came forward to be worked upon.  Now it is time to blend the two.  My Spiritual Sister, Friend and Teacher, Essence Ka tha’ras has a phrase she says all the time – “You can’t separate the physical from the spiritual” and this has become a driving force for me.   The Truth of this statement becomes more obvious with each passing day.

In these meanderings I often come across ‘truths’ but it must be remembered that what is Truth for one person at that time of their life may not be Truth for another person – or even for your own Self at a different time in your life.  Truth, like Time, is fluid.  In my search for the truth of who I am I have faced many dramas and fears, but have always found that however dark those times are, there is always a spark of light if you only care to seek deeply enough.
Flip the Fear.  Find the Bling.